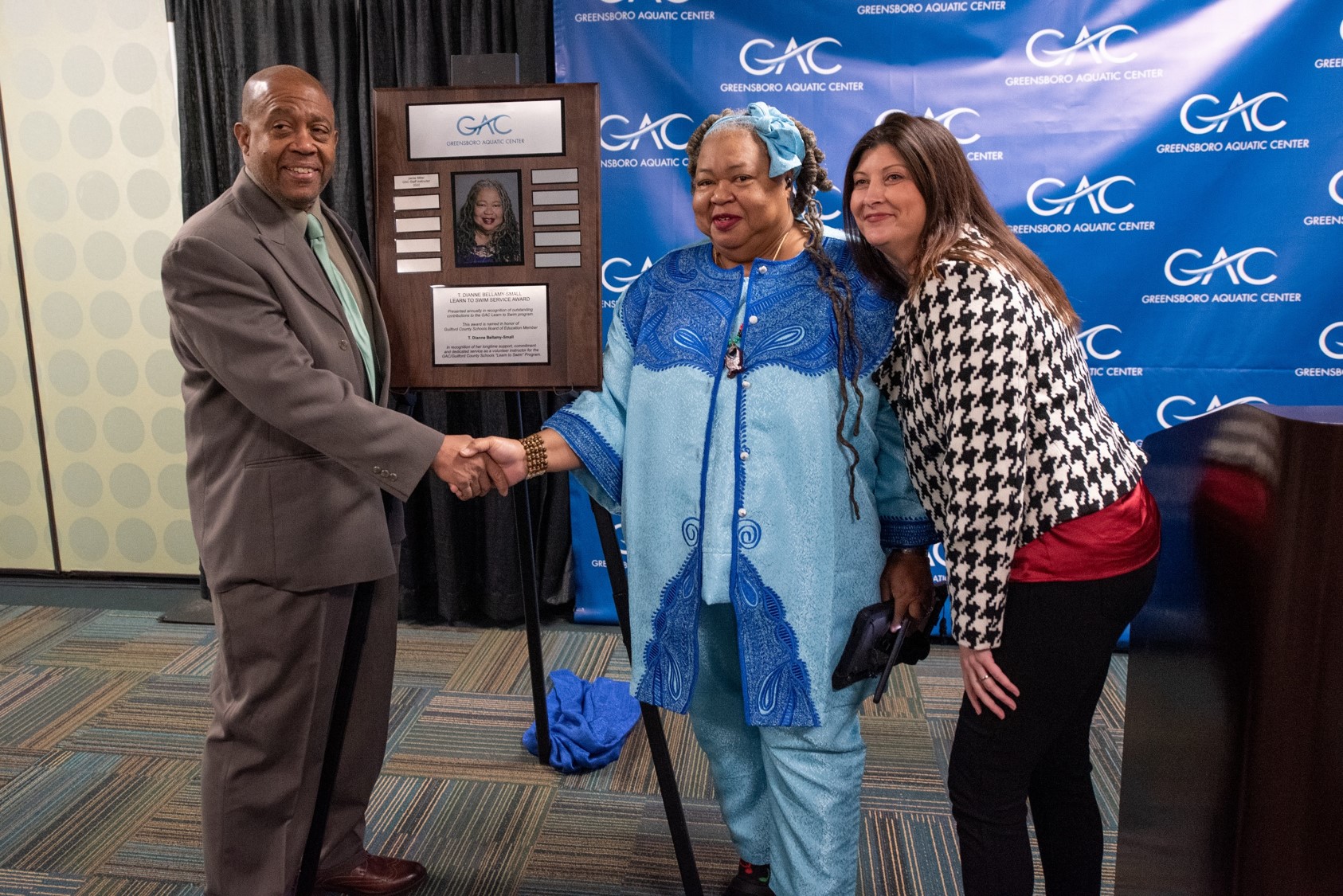 The award is named in honor of Guilford County Board of Education member T. Dianne Bellamy-Small in recognition of her longtime support, commitment and dedicated service as a volunteer instructor for the Greensboro Aquatic Center’s ‘Learn to Swim’ program.

In partnership with Guilford County Schools, the GAC’s curriculum-based ‘Learn to Swim’ healthy lifestyle program debuted in 2011 and has provided swim lessons to 11,023 local second-graders to date at no cost to the student.