From its inception, the three-pool Greensboro Aquatic Center was created to serve myriad purposes.
The GAC was created to serve local citizens through its daily hosting of fitness classes, club and school swim team practices, private swim lessons and its unique partnership with Guilford County Schools in the development of a privately financed, curriculum-based ‘Learn to Swim’ healthy lifestyle program.

In addition, the state-of-the-art ‘fast pool’ was designed to attract elite competitive local, regional and national aquatic events to Greensboro, generating millions in economic impact for the Piedmont Triad region.

Built at a cost of nearly $19 million, the Greensboro Aquatic Center (GAC) debuted on August 26, 2011 with a special ribbon cutting ceremony to kick off its grand opening weekend.

The GAC began its long and impressive history of hosting prestigious national events with the U.S. Synchronized Swimming 2012 Olympic Team Trials in December, 2011.

Other elite events hosted at the GAC in its inaugural year of operation included the 2012 U.S. Masters Swimming Spring National Championships (an event awarded to the GAC before the facility had even opened) and three weeks of national-level diving competitions that featured over 800 divers and generated more than $8 million in economic impact.

The diving meets culminated with the AT&T National Diving Championships that were broadcast nationally on NBC Sports Network and included members of the U.S. Olympic team in their first appearance since the Summer Games in London.

The GAC would quickly establish a reputation as one of the top aquatic facilities in the nation as it attracted and hosted a wide variety of prominent swimming and diving events from notable organizations including the YCMA, USA Swimming, NCAA and Atlantic Coast Conference (ACC).

YMCA Short Course National Championships, one of the largest youth swimming meets in the nation, have been held at the GAC annually since 2012.

In 2017, the GAC became the first facility to host the YMCA’s National Short Course and Long Course Championships in the same year.

USA Swimming Championships have been a staple at the GAC since the facility hosted the 2013 Speedo Junior Winter National Championships.

In 2014, 17-year-old Katie Ledecky, a high school senior and already a gold medalist from the London Olympics, broke her own American record in the mile while competing at the GAC in USA Swimming’s Winter Nationals. Ledecky would return – and once again dominate – in Greensboro in the same event in 2018, which also featured impressive performances from fellow Olympic champions Nathan Adrian and Simone Manuel. 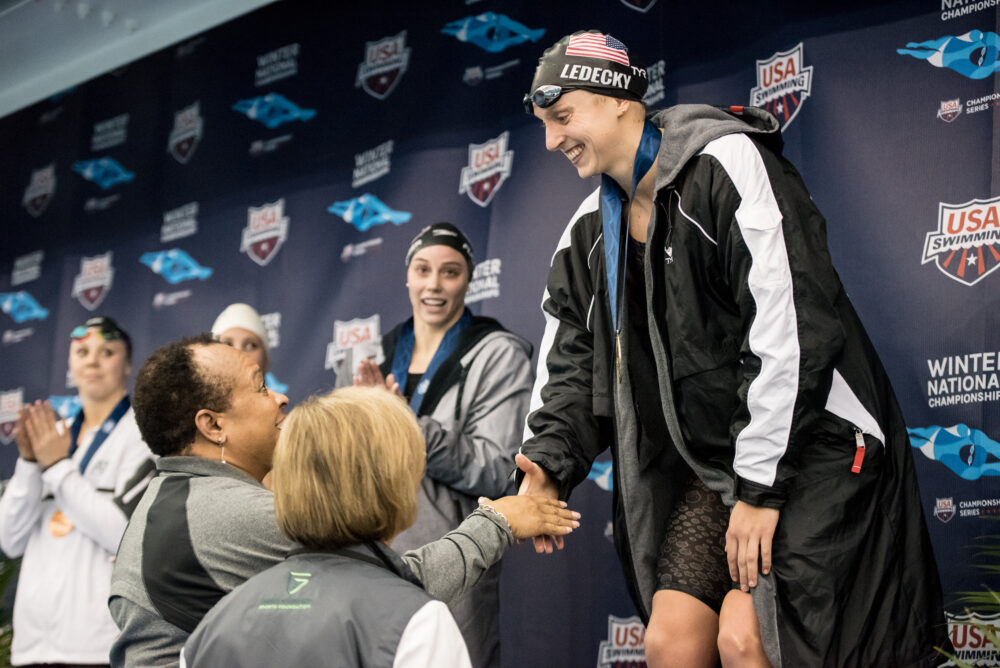 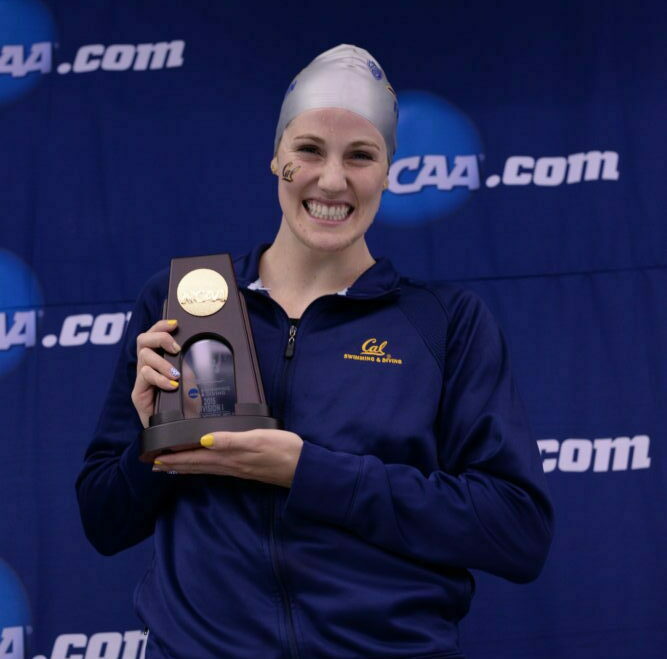 The GAC has hosted NCAA Championships on the Division I, II and III levels.

In 2015, the GAC hosted Division I Women’s Swimming & Diving Championships that featured a field with 14 Olympians including four-time Olympic Gold Medalist Missy Franklin.

Franklin would shine in multiple events and help lead the University of California to the team championship. 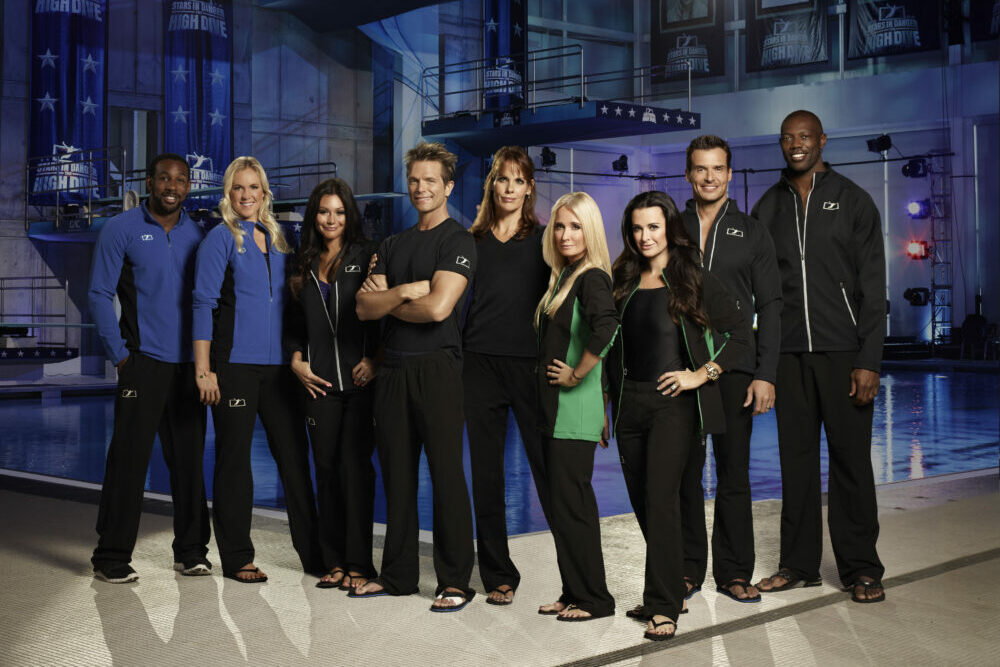 Stars in Danger: The High Dive 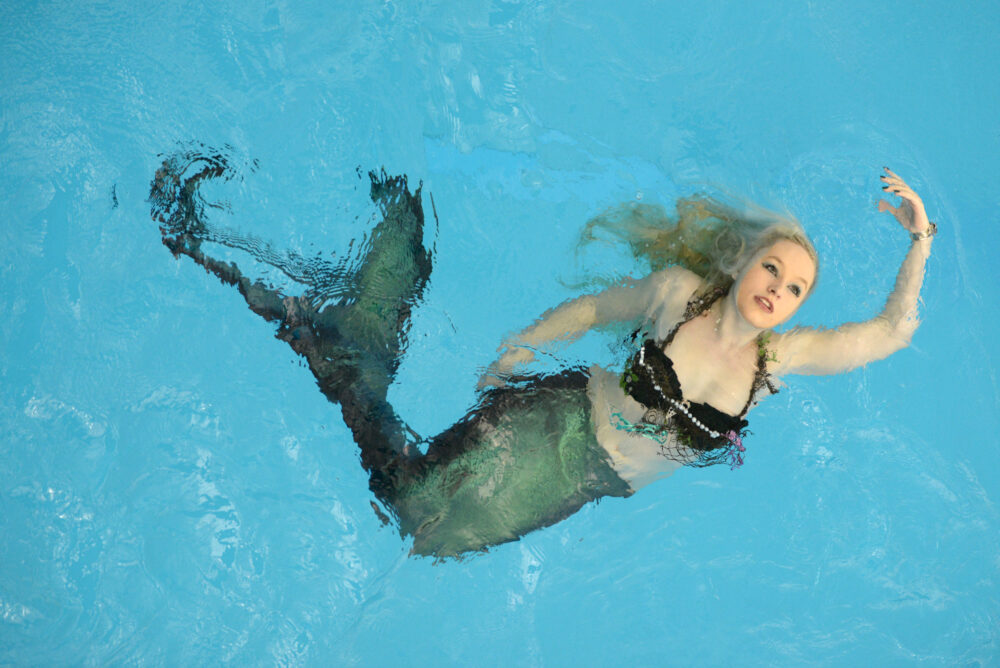 In 2012, the GAC served as the site for filming the finale of the two-hour special television event ‘Stars in Danger: The High Dive’. The nationally broadcast reality television special featured stars from TV, film, sports and pop culture competing in a series of Olympic style dives.

And in 2016 and 2017, ‘MerMania’, an international mermaid convention, took over the GAC, bringing mermaids and mermen from around the world to Greensboro.

In 2018, the Greensboro City Council unanimously voted to approve an $8.2M bid to build a new fourth pool at the Greensboro Aquatic Center and construction began in August, 2018.

The new pool will connect to the existing GAC and provide 19 additional short course lanes and 8 long course lanes.